The Lord Ganesha is a form of deity that is believed to be a formless Divinity. This deity encapsulates a form that is magnificent to the eyes of the devotee. According to the mythology of the Hindus, he is the son of Goddess Parvati and Lord Shiva. Using a quality seven color printing process, the Lord Ganesh tapestry is made of rayon fabric. It comes with a pocket fold at the top to be used as a hanging purpose. You can put a rod or a pole and hang it on the wall. The pole is not included in the product and needs to be purchased separately by the customer.

As a Lord of all good fortunes and a deity that destroys the different obstacles in life, it has become a popular choice of tapestry in many homes. You can also use this tapestry for inspiration when you want the Lord Ganesha to open all your paths. It is the first deity that is usually called upon when a prayer takes place because it is believed that he will clear the way for good fortunes to happen. It is made in Bali using rayon fabric. The Lord Ganesha tapestry is used in home décor to remind one of the peace, knowledge and innocence that it holds. As a deity with the trunk of an elephant, it is endowed with the qualities of an elephant like its royal walk as well as the fearlessness that it carries around. It also represents courage, strength, endurance and authority, all depicted in the form of the elephant. 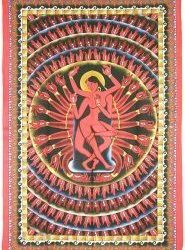 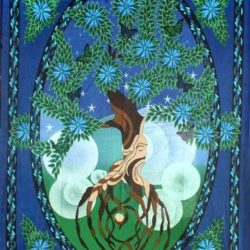 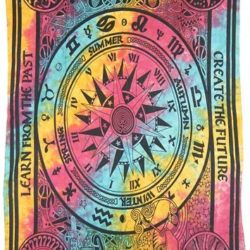