109pc per string.
Sold by the string.

The Rudraksha Beads is derived from the seed of the tree called by the name of Eliocarpus. It has become quite popular among so many people because of the fact of the matter that it play quite a vital role in the life of a seeker of the spiritual life. This tree species is known to grow only at certain altitudes of the country of India, especially in the regions of the Himalayan mountains. Other parts of the world where it is also found includes the countries of the Burma, Nepal, Indonesia and even Thailand. Although it is also found in certain parts of the world, it is believed that the best are found only in the Himalayan mountain ranges that are located in the country of India. This is because the quality of the beads is actually affected by other factors like those of atmosphere, soil and other atmospheric and climatic conditions. It is used for spiritual purposes because these seeds consist of a very unique form of vibration.

This Rudraksha Beads String consists of 109 pieces per string. If you are an adult than you are recommended to wear a mala that is more than 84 beads and it should also include the bindu. These beads are usually strung together in a strong and fine thread and used or worn as a mala. There is a traditional belief behind these beads should always be strung in pairs of 109 beads. (including the guru bead) 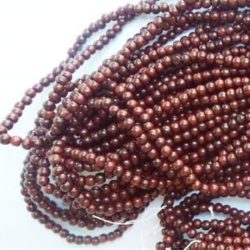 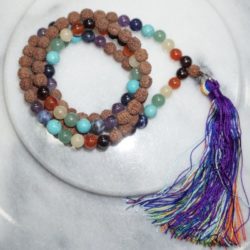 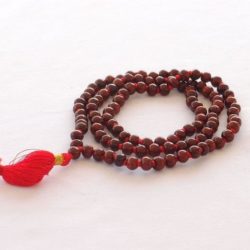 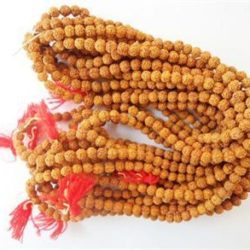